Home / News and Resources / De Facto Relationship Law – Is My Partner Entitled To Half The House?

De Facto Relationship Law – Is My Partner Entitled To Half The House? 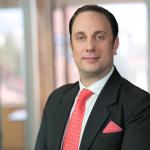 Believe it or not, Family Lawyers are actually human and often partake in a drink or two at their local watering hole.  Whilst participating in such a favoured past time, I am often brought into and/or overhear conversations about the legal status and implications of de facto relationships in Australia.

During the course of those conversations it never ceases to amaze me firstly, about how ill-informed the general public is about such matters and secondly, the number of myths and misconceptions that exist.  All too often, I have heard said, “after six months of living together in a de facto relationship, they’re entitled to half the house!”

Let me attempt to “set the record straight”.

Since December 2002, in WA, de facto couples have largely been afforded many of the same rights and entitlements in respect of family law and access to the Family Court of WA as married couples.

What is a de facto relationship?

A de facto relationship is a relationship where two people (including same-sex couples) who are not married to each other live together in a marriage-like relationship.

Am I actually in a de facto relationship?

In determining whether or not parties were in a de facto relationship, the Court will consider without limitation:-

When can a de facto partner apply for a property settlement?

Couples who have lived together as if they were married can apply to the Family Court for property settlement if:

To be eligible at least two-thirds of the cohabitation must have taken place in WA or substantial contributions made in this state. This also applies to same-sex couples.

No, so long as there are two people living together in a marriage-like relationship for at least two years in the state or one of the other criteria regarding children of the relationship or substantial contributions have been met, there is no difference.

Myth 2: After six months of living together, they’re entitled to half the house

Can a partner be entitled to half the house after being in a de facto relationship for six months? Generally speaking, this is highly unlikely. So when can a partner be entitled to half? A rudimentary consideration of the relevant legislation clearly states that the de facto relationship must have existed for a duration of two years or a serious injustice would be caused to the partner caring for a child of the relationship of a partner would suffer serious injustice by virtue of their substantial contributions not being recognised.

Myth 3: We didn’t necessarily live together but stayed over each others’ house(s) – surely we’re not a de facto couple

This may be untrue. It should be borne in mind that there are several indicia which includes the extent of a common residence (two residences can possibly be considered a common residence), whether a sexual relationship exists and reputation and public aspects of a relationship. Each case will turn on its own facts with reference to relevant legislative criteria.

Myth 4: We never lived together but do have a child, therefore my partner has a claim over my assets

Highly unlikely. Remember the definition of a de facto relationship – two people, living together in a marriage-like relationship.

Myth 5: I have to make a claim for property settlement or spousal maintenance within 12 months of separation

This is not true. A claim for either must be brought within 2 years of the date of separation.  After that time, permission will need to be applied for from the Family Court.

Not true. Although different legislation applies to both nuptial and ex-nuptial children, the Family Court has the power to make such orders it considers to be in the best interests of the children including with respect to parental responsibility and with whom a child lives and spends time with.

In some instances, “pub talk” can be quite cathartic and a required sounding board, serving its purpose.  However, hopefully, I have demonstrated some of the dangers associated with relying on local folklore when it comes to legal issues.

Cheers to obtaining proper legal advice from those appropriately qualified!

If you have any queries or wish to obtain advice in relation to any of the issues surrounding de facto relationship law please make an enquiry with our firm.

The above does not constitute specific legal advice but is general information only.