Home / News and Resources / Separated Under One Roof

Separated Under One Roof 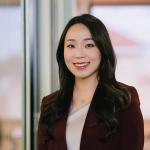 Living separated under one roof occurs when you and your former spouse/partner are no longer marital or de-facto partners but nonetheless continue to live in the same home.

There are many elements involved in the definition of separation, some or all of which may be present in a particular relationship. Therefore, what comprises the concept for each couple will vary. However, it is important to understand what may or may not constitute being “separated under one roof” in the context of Family Law.

Pursuant to Section 49 of the Family Law Act 1975 (Cth) (“the Act”), parties to a marriage may be deemed to have separated on a final basis even if:

For parties in a de-facto relationship, pursuant to Section 13A of the Interpretation Act 1984 (WA), we can infer that there has been a separation if they cease to live together in a marriage-like relationship, on the same basis as above.

There are certain considerations to be taken into account in determining whether there has been a period of separation under one roof for Family Law purposes, which will be discussed in further detail below.

Evidence of Living Separated Under One Roof

If you and your former spouse/partner have separated but continued to live in the same home, you may be required to provide evidence and/or further information to verify the separation in a number of situations. Most commonly, you would be required to do this when applying for:

You may be entitled to receive a Single Parent Benefit whilst living separated under one roof with your former spouse/partner.

Even if you and your former spouse/partner continue to live under one roof, it is possible to make an application to Centrelink for a Single Parent Benefit.

However, before a decision is made confirming your eligibility for such benefit, the Department of Human Services (“the Department”) is required to undertake an assessment of the nature of the relationship between you and your former spouse/partner based on the following factors:

For the Department to commence an assessment of your relationship, you must complete and submit a prescribed form – “Relationship details – Separated under one roof”. Further information and access to this form can be found here.

You can rely on the period of time you and your former spouse/partner lived separated under one roof in applying for a Divorce Order.

In order to legally end a marriage, an application for a Divorce Order must be made to the Family Court of Western Australia (or the Federal Circuit Court of Australia) (“the Court”).

For more information about the Divorce Application process, please see our article 17 Things You Need To Know About The Divorce Process.

One of the requirements in making a Divorce Application is that the parties must have been separated for a minimum of 12 months. It is not uncommon for people to think that they have not been separated for the necessary period simply because they have continued to live under one roof with their former spouse.

However, the Court does not interpret “separation” as mere physical separation, but the effective breakdown of a matrimonial relationship. Accordingly, it is possible for the parties to live separated under one roof and rely on that period as part of the overall 12-month period in making the Divorce Application.

Calculating the Period of Separation

If you are seeking to rely on the period of separation under one roof as part of the required separation period, you must provide the Court with further evidence to verify this.

This can be done by way of an affidavit both from you as the Applicant and a third party who is aware of the circumstances of your separation. Alternatively, if it is a joint Divorce Application, both you and your former spouse can each file an affidavit.

In calculating the separation period, if you and your former spouse separated but subsequently resumed living together by agreement on one occasion for a period of less than 3 months or any other period the Court considers “not substantial”, the previous and later periods of separation may be added to calculate the total period of 12 months.

It is also worth noting that having sexual relations after separation does not in itself constitute a resumption of cohabitation.

Outcome: Two months of the required 12 months separation period were lived separated under one roof. Further affidavit evidence is required.

Outcome: Fourteen months of the separation period were lived in different homes. This is two months more than the required 12 months. Further affidavit evidence is not required.

Key Elements of Separation Under One Roof

Simply by having one party to a marriage/relationship stay in a different bedroom does not automatically establish separation under one roof.

For example, the Court has held that parties did not “separate” despite one of them leaving the family home, as the parties continued to act as a married couple by maintaining a sexual relationship, attending social functions and staying in hotel rooms together and operating a joint bank account.

Accordingly, in order to verify the period of separation under one roof, the following matters (amongst others) must be addressed in the supporting affidavits (accompanying the Application for Divorce):

Proving a period of separation under one roof can be difficult at times, especially in circumstances where one party is the sole/primary “bread-winner” and the other is the homemaker/parent to young children.

It is also important to note that separation under one roof does not prevent you from taking action with respect to parenting or property settlement matters. Whilst you cannot apply for a Divorce Order until a period of 12 months separation has elapsed, in theory, there is nothing to prevent you from applying to the Court for parenting or property settlement Orders immediately after separation has occurred.

To find out more about being separated under one roof, or any other Family Law issue, call DS Family Law on (08) 9486 1766 or fill out the enquiry form below to arrange an initial consultation.