Children’s Views in Family Court Proceedings – Not Seen, but Heard 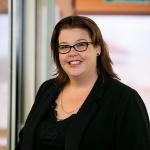 Whilst in Primary School, I recall a class-mate feeling very nervous about attending the Family Court to express her views as to whether she wanted to live with her Mum or her Dad. I remember how anxious she was at the time, but after the event she told me she was so relieved that the Judge had listened to her, and she was able to “have her say”.

The Family Court has the delicate task of balancing children’s rights to protection alongside affording them their right to be “heard” in Family Law proceedings. It is acknowledged that children have legitimate views and that their wishes should hold weight, albeit not solely determinative of the outcome.

Children under 18 are not allowed to give evidence in any courtroom of the Family Court. Instead, their views are mostly obtained by one of three means:

A Family Consultant is an employee of the Family Court. They are often a trained Social Worker or Psychologist. They meet with a child to determine their wishes and a report is then generated and provided to the presiding Judicial Officer.

A Single Expert Witness is an external professional charged with the task of determining the child’s wishes, also by meeting with them personally.

However, the Single Expert Witness will generally meet with the child for a significantly longer period than would a Family Consultant. Such reports are much more involved, and not only determine the child’s views but also why those views are held. They will also interview each of the parents, and any other important figures in the child’s life, such as grandparents.

Prior to the meeting, the Single Expert Witness is presented with a number of questions to be determined, such as: whether the child has been coached or influenced by one parent; what their views are about their parents and with whom they would prefer to primarily live; or to determine the child’s level of maturity.

An ICL is appointed to represent a child’s best interests and ensure they remain the focus in parenting matters. They are usually appointed in more complex cases involving mental health concerns, high level parental conflict or differing and serious allegations by the parties against each other. The ICL will generally confer with any medical professionals who regularly see the child, and school teachers. Depending on the child’s age they may also meet with the child directly to ascertain their views.

The Family Law Act 1975 (Cth) does not stipulate at what age children can provide the Court with their views. Once a child’s views have been ascertained, the Court will then consider what weight to give them in determining whether they will influence the Court’s ultimate decision. What weight is accorded depends on the age of the child, their maturity level and their understanding of matters.

It is considered unacceptable to expect a child to be treated as a “decision-maker” – it simply places too much pressure on them and can have a long-term negative effect on their mental health. Their views are instead weighed against a number of other factors such as the child’s insight, focus and their attitude towards each parent.

Research undertaken by the Australian Institute of Families (July 2013) found that children generally appreciated having their views sought and that they valued being heard.

Another Australian study (undertaken in 2007) found that children would prefer to speak directly to the decision-maker, rather than a third party. Of the children interviewed for the study, the majority expressed a significant level of trust in the Judicial Officer overseeing their matter, and over 85% of them stated an interest in wishing to speak with the Judicial Officer directly (in Chambers).

Internationally, it is common practice for the presiding Judicial Officer of a matter to meet with a child directly in order to filter out their views.

Given those views, it is rather peculiar that it is so rare within our jurisdiction for Judicial Officers to hear directly from children.

Research suggests that although Judicial Officers have the power to meet with children face to face, they by and large choose not to, as they are concerned they lack the skills/training to speak with children and ascertain their views. However, under the established model, those Judicial Officers who do ask to speak directly to a child are present alongside a Family Consultant trained to interpret that child’s views.

One of the most prominent concerns in terms of ascertaining children’s wishes is whether the child has been “coached”. Generally speaking, younger children are more at risk of being coached by a parent. To ensure the child is interviewed by a trained professional and when extraneous evidence is obtained (such as reports from the child’s school, psychologist or another medical professional) the appointed person must be properly credentialed under the Family Law System, and therefore able to differentiate the actual views of the child rather than a coached view.

There is a general thinking in the Family Court system that from the age of 14 a child can determine for themselves where they wish to live, as their views (according to their maturity level) are given great weight. However, until a child reaches the age of 18, the Department of Communities can still intervene where a child is in danger of being placed in an inappropriate living situation.

In a report published by the Australian Parliament in December 2017, it was found that there is strong advocacy for improving the ability for children’s voices and perspectives to be heard by the Family Court. Research has shown that children want more involvement in proceedings but, as reiterated above, do not want to be “the decision-maker”.

The report noted that children’s views can sometimes be misconstrued by some Family Report and Single Expert Witness report writers. The writer may have misread them, not provided enough time for them to be heard adequately, or been unable to observe that their view was influenced. Further, ICL’s are not mandated to meet with a child to have their views ascertained directly.

It is obviously important that children are strongly supported throughout the Family Court process, their views considered where appropriate and their best interests must be paramount in any decision. Research suggests that children need to and should have an advocate communicate their views accurately (and importantly one who is appropriately qualified). Further, the role of the ICL should be expanded to mandate that they meet with the children directly as a matter of course.

Children can give invaluable insight into parenting matters as they are the ones who experience first-hand how each of their parents meets their daily needs and long-term interests. The fact research has concluded that children feel detached from the decision-making means the process and the system needs to improve.