Home / News and Resources / The dangers of DIY Separation Agreements

The dangers of DIY Separation Agreements 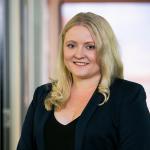 In a Family Law context, DIY separation agreements can present several potential problems and pitfalls. A separation agreement is a written contract between a separating couple wherein they document what they have agreed regarding various issues, mainly related to their property settlement.

The main goal of “Do-it-Yourself” separation agreements is to save time and money, without involving lawyers at all. However, it is a common misconception that obtaining the assistance of a Family Lawyer will unnecessarily complicate and prolong the process, be expensive and may result in the matter being disputed and ending up in the Family Court.

This is largely an “urban myth”, and instructing a Family Lawyer can, in fact, help ensure an expedient and efficient resolution to your matter and guarantee that the agreement reached is documented in a legally binding way.

Put simply, the main issue with “do-it-yourself” separation agreements is that they are not legally binding documents. Therefore, in the event your former partner subsequently has a change of heart with respect to the signed agreement – resulting in both disharmony and a refusal to implement what was previously agreed – you are back at “square one” and have no ability to enforce the terms of the agreement. It does not matter if the Agreement has been typed, signed, witnessed and dated.

Whilst a DIY separation agreement is often considered adequate in circumstances where the parties are amicable and can communicate effectively, circumstances can (and, unfortunately, do) change. In our experience, we have dealt with many cases where a separation agreement has been informally documented following separation, however, a number of months or even years later, one party will change their mind and seek a greater share of the assets.

People are made redundant, fall ill, receive inheritances, are awarded pay increases or get into debt. Without a legally binding document, and subject to any statutory time limitations, one party can still pursue a different, more advantageous, settlement, meaning unnecessary stress, uncertainty and cost.

Do-it-yourself separation agreements often involve situations where there may be a lack of financial disclosure by one party and, therefore, a lack of clarity about the actual effect of the agreement reached (i.e., what percentage of the total net asset pool is each party retaining?).

Further, separating couples who reach agreement between themselves without obtaining independent legal advice are unlikely to understand what their rights and entitlements in fact are and, therefore, the risk of their agreeing to something which is objectively quite unfair is much greater.

What’s the best option to document an agreement following separation?

There are only two ways you can formally document an agreement following separation:

In the vast majority of cases, separation agreements are documented by way of Consent Orders approved by the Family Court. This process is relatively straightforward and involves the drafting of an Application for Consent Orders which sets out each party’s financial circumstances; and a Minute of Proposed Consent Orders which contains the terms of the agreement itself. The Application and Minute are signed by each party and filed with the Family Court. The process is entirely administrative, so neither party needs to attend Court. A Registrar will consider the Application in chambers generally a few weeks after filing and, if they consider the proposed Orders fair (or, to use the terms of the legislation “just and equitable”) will then pronounce Orders in the terms agreed.

The main benefit of Consent Orders from the Family Court is that they will sever, on a final basis, all financial ties between the separating couple, meaning both parties can move on with their lives with a “clean slate” and a sense of financial security. Consent Orders are almost impossible to change at a later stage should one party simply have a “change of heart”. Further, parties have several enforcement options available in the event the Orders are not complied with.

Although technically a separating couple can draft and file their own Application for Consent Orders without a Family Lawyer’s involvement, this could lead to potential issues down the track if the proposed Orders are not drafted correctly or important information is omitted from the Application. It is preferable if at least one party instructs a Family Lawyer to draft the Application. However, a Lawyer cannot draft documents on behalf of or provide legal advice to both parties. Notwithstanding this, if it is agreed that the legal costs of the Application for Consent Orders are to be shared equally, this can be reflected in the proposed Orders sought.

Financial Agreements (often referred to as “Binding Financial Agreements” or “BFA’s) are the only other available option to formally document a separation agreement. Such Agreements are, essentially, a private contract between a separating couple which formalises their agreement regarding financial matters, and do not need to be filed with, nor approval of its terms sought from, the Family Court. By entering into a Financial Agreement, parties give up their rights to subsequently seek Orders from the Court.

Each party requires to have received independent legal advice in order for the Financial Agreement to be considered binding. This is a strict requirement under the applicable legislation that cannot be avoided, and the Agreement must contain a signed Certificate of Independent Legal Advice from both parties’ Solicitors.

Generally speaking, resolving matters by way of a Financial Agreement is a more complex and costly process than obtaining Consent Orders, as the document is lengthier and more complicated in nature due to strict legislative requirements, and each party having to obtain independent legal advice prior to signing.

So why would anyone choose to document their agreement by way of a Financial Agreement instead of Consent Orders? Well, the main reason is usually because parties may still wish to document a binding, enforceable agreement that may not otherwise be considered just and equitable by the Family Court. Such Agreements can also occasionally incorporate issues which fall outside the scope of Family Court Orders.

If the agreement with your former partner involves the transfer of interest in real property, having either Consent Orders or a Financial Agreement will provide you with a stamp duty concession, which can result in considerable savings.

Further, if your agreement involves a superannuation split (i.e., the transfer of an amount of super from one party to the other’s nominated superannuation fund), the trustee of the superannuation fund will require either Consent Orders or a Financial Agreement in order to implement this. Otherwise, any proposed super split cannot be effected.

So, whilst a signed “do-it-yourself” separation agreement can still be used as evidence of the prior intention of the parties in any subsequent Family Court proceedings, it is very unlikely to have any bearing on the ultimate outcome given the Family Court’s wide discretion and its power only to make orders that are considered just and equitable in the circumstances. To do so, the Court will need to know the extent of the parties’ assets, their overall financial and non-financial contributions, and their respective future financial needs.

A word of warning

In recent times there has been an increase in online tools available to separating couples whereby they can purchase “ready-made” or “fill in the blanks” separation agreements, consent orders or BFA’s comparatively cheaply.

In our experience, rarely will such documents address all the considerations required by the legislation and often require significant further drafting and amending by a Family Lawyer. The reality is that each Family Law case is very different and there is no “one size fits all”. Put simply, these online resources are not a substitute for obtaining sound, independent advice from a Solicitor specialising in Family Law, and it can be very dangerous to place your faith in them.

In summary, whilst there is obviously a cost associated with having your separation agreement formally documented by a lawyer in a legally binding format, this pales in comparison to the potential costs which may arise (both financial and emotional) in the event one party later changes their mind as to the terms of any informal settlement, resulting in extensive and ongoing negotiations and, potentially, Family Court proceedings.

Obtaining the assistance of a Family Lawyer to document your separation agreement can provide essential guidance on navigating the complex Family Law jurisdiction to make sure both parties’ intentions are acknowledged, and the agreement is reflected in a final, unambiguous, and enforceable way.

As a starting point, we strongly recommend that if you have separated from your partner, even in circumstances where your relationship is amicable, you obtain independent legal advice at the earliest opportunity and avoid “do it yourself” separation agreements. You can then make an informed decision about how you should proceed and the best option for you in the circumstances.

To book an appointment with a Solicitor practising exclusively in family law, please call DS Family Law on (08) 9486 1766 for an initial consultation.