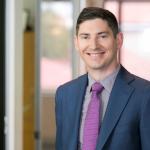 There is a variety of reasons why someone involved in, or contemplating, family law proceedings may choose to represent themselves. For example, they may be unable to afford legal representation and not qualify for a grant of legal aid; or they may be of the view that they can competently run the case on their own without the assistance of a lawyer.

Whatever the reasons, before a party to family law proceedings launches into litigation, it is important that they at-least obtain preliminary legal advice.

Family law is a highly specialised area of law unto itself which cannot be distilled into “Cliffs Notes” for quick and easy digestion. Furthermore, family law has the potential to intersect with other areas of law including trusts, wills and estates, taxation, and contract law. As such, knowing one’s rights and responsibilities, and how the law applies in particular circumstances can require the skill of an experienced family lawyer.

When deciding whether to represent themselves, a party must also carefully consider whether they:

Obligations and Responsibilities of the Self-Represented Litigant

The so-called “self-represented litigant” has exactly the same obligations and responsibilities in and to the Court as a qualified lawyer. It is therefore their responsibility (among other things) to:

Personal Cross-Examination of a Witness

Notwithstanding a party’s election to represent themselves, personal cross-examination of another party or a witness is expressly prohibited in certain circumstances where allegations of family violence have been raised.

Pursuant to Section 102NA of the Family Law Act 1975 (and the equivalent Section 219AK of the Family Court Act 1997 for de facto proceedings in Western Australia) the prohibition automatically applies where:

Costs Orders in Favour of a Self-Represented Litigant

Generally, in Family Court proceedings each party bears their own legal costs unless the Court forms the view that there are circumstances justifying the making of a Costs Order (requiring one party to pay some or all of the other party’s costs of the litigation). When considering the making of a Costs Order, the Court must have regard to the following matters (to the extent they are relevant):

Whilst a Costs Order can be made by the Court whether or not a party is legally represented, there is a general rule in family law proceedings that a self-represented litigant cannot recover costs for their own time spent on litigation (i.e. for lost income).

So, whilst a legally represented party in certain circumstances may have some or all of their legal costs met by the other party, the self-represented litigant even when they have been entirely successful, is only entitled to recover some very limited “out-of-pocket” expenses, such as travel fares, parking costs and other disbursements.

Where can the Self-Represented Litigant get Assistance?

It is not uncommon for a party to family law proceedings to be self-represented and, as such, the Family Court of Western Australia (and the Federal Circuit and Family Court of Australia for proceedings conducted in the other States and Territories) offers individuals assistance in navigating the difficulties of the Court system, including by: