Home / News and Resources / Court Ordered Sale of House in Divorce – We’ve been ordered to sell, but we can’t!

Court Ordered Sale of House in Divorce – We’ve been ordered to sell, but we can’t! 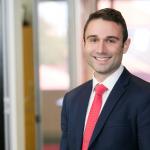 As everyone in Western Australia knows, property prices have plummeted in recent years, particularly in regional communities reliant on the resources industry.

This has caused problems for separated couples who entered into Consent Orders for property settlement, only to find they could not sell one or more properties for the price they assumed they would receive (or at all).

Luckily, both the Family Law Act 1975 (Cth) (applying to married couples), and the Family Court Act 1997 (WA) (applying to de facto couples in Western Australia) contain provisions which allow the Court to vary or set aside orders if circumstances have arisen since orders were made that have made it impracticable for such orders to be carried out.

For the purposes of this article, I refer only to the Family Law Act 1975 (Cth), and the relevant section – 79A. However, a similar provision can be found in section 205ZH of the Family Court Act 1997 (WA).

The precise wording used in section 79A is that a “court may, in its discretion, vary the order or set the order aside and, if it considers appropriate, make another order under section 79 in substitution for the order so set aside.” (emphasis added).

If parties are unable to sell a property which the Court has ordered them to sell, they should negotiate an alternative solution, and (if possible) apply jointly to the Court to vary or set aside the original order compelling the sale. If agreement cannot be reached, it is open to either party to apply to the court individually for relief.

At this point, an interesting legal question arises – what is the difference between “varying” or “setting aside” an order, and which method should be used?

“If the order in consequence is to be varied, the variation must be conditioned by the reason why the variation has become necessary. In other words, if the carrying out of the order becomes impracticable, the Court could vary the orders so as to overcome that difficulty. If on the other hand, the need for variation arises by reason of a default, it may be necessary to vary the order to compensate a party for the consequence of that default. On the other hand if the order is set aside and a new order made under section 79, the reasons for setting aside may be less directly relevant although an issue such as default in carrying out of an order may be considered under para. (o) of sec. 75(2) as part of financial misconduct.

What is difficult is the option now given between a variation of the order and setting aside the order. What is the difference between those two options and how should the choice be exercised?

Two different options were urged upon me. One is that the extent and degree of the intervention determines what option is being exercised. If the existing order has to be replaced entirely with a new order, it is a question of setting it aside. If it is only a question of changing part of the order, it is a variation. In the present case it is not disputed that both parties seek a complete change in obligation and that under that test this would be a case of setting the order aside.

However, [the alternative argument was advanced that] setting aside was only appropriate where the order is flawed as from the beginning…”

His Honour, not accepting the alternative argument, then went on to say:

“An order under sec. 79A(1) need not be set aside from the beginning. It can be set aside as of now. …In view of the fact that each party desires a total replacement of the existing orders, it is appropriate in this case to make an order that orders 4 and 5 be set aside from the date of the order. This means that in considering what new order is appropriate I must apply the provisions of sec. 79(2) and (4). This makes it first of all necessary to consider the existing asset position of the parties… at the time of the hearing.”

“The husband also complained that in making the variation, his Honour did not consider the present financial circumstances of the parties. Indeed, had his Honour set the consent order aside and proceeded to make a fresh order under sec. 79, he would have been obliged to consider all factors which must be considered under sec. 79(4) and, so far as they are relevant, under sec. 75(2). As Nygh J. explained in [Parker], the choice between setting aside and variation depends on the degree of intervention to be made. Where, as here, that intervention consists of a perceived realignment of the distribution of the property of the parties from one-third and two-thirds respectively to an approximately equal division, it is in our view a matter which goes beyond mere variation and would require the formal setting aside of the order and the making of a new order with all the consequences of that under sec. 79. Only thus can the Court ensure that the new order will be just and equitable between the parties.”

Both Parker and Hamlin have also been cited with approval in subsequent cases, including Trustee for the Brankrupt Estate of Lasic & Lasic [2009] FamCAFC 64, Garden & Gavin (No. 2) [2010] FamCAFC 125 and South Australian Superannuation Board & Hunter and Anor [2010] FamCA 251.

In my view, the principles that arise out of Parker and Hamlin are as follows:

“On another issue, there was some discussion at the hearing before me regarding the distinction between the variation of an order and the setting aside of an order pursuant to s 79A, and whether an order varying the original order is an order made under s 79. It seems such discussion arose from the wording of s 79A that “the court may, in its discretion, vary the order or set the order aside and, if it considers appropriate, make another order under section 79 in substitution for the order so set aside.” (Emphasis added)

Although this issue does not require my determination…the authorities make clear, despite any ambiguity that may appear from the wording of s 79A itself, that whether an order is varied or the order set aside and a new order made as a result of s 79A proceedings, the power to do so is under s 79 of the Act.

In support of that proposition, Strickland J cited Parker and Hamlin.

I respectfully disagree with His Honour on this point – in my view Parker and Hamlin say no such thing.

Indeed, the very words of section 79A(1) (as bolded above) make it clear that the only time the Court must consider section 79 is when making an order in substitution of an order that has been set aside.

If Parliament had intended for the Court to consider section 79 when “varying” an order, then section 79A(1) could have been drafted as follows:

“the court may, in its discretion, vary the order or set the order aside and, if it considers appropriate, make another order under section 79 in substitution for the order so set aside or varied.” (bolded and underlined words have been added)

There is a very clear public policy rationale for my interpretation – the Court should not be required to embark on a full assessment of contributions and future needs factors each time it is called on to vary orders to overcome some defect or address problems with implementation.

To require such of the Court would place an impressible burden on judicial resources, especially in cases where the “variation” sought does not affect in a material way the underlying division of the net assets between the parties. Arguably, if the “variation” does result in a material change, then the orders should be “set aside” and new orders made.

What does this all mean?

There are some practical considerations flowing from the above discussion:

In my view, there is considerable uncertainty as to what is properly a “variation” to orders as opposed to the setting aside and making of new orders.

For example, and returning to the example given at the beginning of this article, is the following a variation or substitution of orders?:

Clearly, the change being sought by the parties replaces the obligation to “sell” the property, with the obligation on one party to retain it, and buy the other party out.

However, in circumstances where this change does not result in a material difference in the parties’ ultimate property settlement entitlements, should it constitute a variation or a substitution?

In Hamlin (at paragraph 79-659) and Lasic & Lasic [2009] FamCAFC 64 (at paragraph 237), the court’s focus appears to be on the end result of the change, rather than on the mechanics of the change itself (ie, it does not matter if the house is sold or retained, so long as each party continues to receive assets in the same proportions as provided for in the original orders).

And yet, in Parker, Nygh J said this (as quoted above):

“If the existing order has to be replaced entirely with a new order, it is a question of setting it aside. If it is only a question of changing part of the order, it is a variation. In the present case it is not disputed that both parties seek a complete change in obligation and that under that test this would be a case of setting the order aside.”

It is not clear from the text of Nygh J’s judgment whether he approved of this test, or was merely restating a submission made by Counsel. The ebb and flow of his judgment would tend to indicate that he thought the test was a correct statement of the law. If so, then arguably the Court must focus not only on the end result, but also on the nature of the change itself.

On balance, I say the Hamlin and Lasic approach is the correct one, although it is conceivable that in some cases the mechanics of the change will result in the Court needing to re-consider whether the deal is just and equitable.

In the above example, it may be that the party retaining the property will need to take on a large mortgage debt to “buy out” the other party. The ongoing maintenance of that liability is potentially a relevant factor that the Court would need to consider under section 75(2).

As with many areas of the law, there is no bright line in the sand and no silver bullet for this issue.

Parties should think very carefully about whether to apply for a variation to an order, or for the order to be set aside and a new order made.

The path taken will dictate the parties’ disclosure requirements, and whether the Court is required to undertake a wholesale review of the parties’ current assets and liabilities, and assess contributions and future needs factors afresh.

If the choice is to vary, be certain about it.

It would be a shame if the varied orders were challenged several years down the track because the parties characterised the amendment as a variation, when it was really an order in substitution, thereby improperly circumventing the requirement for the Court to find that the amended orders were “just and equitable”.

The above does not constitute specific legal advice but is general information only.