Home / News and Resources / The No-Fault Divorce Principle in Australia

The No-Fault Divorce Principle in Australia 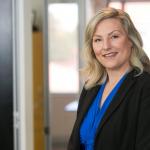 There are more than a few widespread misconceptions within the family law sphere surrounding the conduct of a former spouse or de facto partner:

These misconceptions often hinder the parties’ ability to reach a prompt and/or amicable agreement (or, at least, an outcome they can ‘live with’).

However, gone are the days of requiring to prove that the other spouse was ‘to blame’ or ‘at fault’ before being granted a divorce (or when considering other family law issues).

‘Fault-based’ divorce was previously a private investigator’s dream, with such (often dubious) characters being employed to ‘spy on’ the other spouse or ‘catch them in the act’. Divorce proceedings became an exercise of ‘character assassination’, the attempted proof of which only added to what was often an already hostile separation.

Even in situations where spouses were otherwise separating by agreement, one spouse often had to go to the length of ‘staging’ or publicly admitting to behaviour such as ‘adulterous interludes’ in order to prove the element of ‘fault’ necessary to achieve a divorce (thereby creating more disharmony and even public ‘shaming’ between the parties).

In an attempt to both recognise the increasing prevalence and ease the stress of separation and divorce (and to encourage Alternative Dispute Resolution – negotiations and settlement through means other than the Family Court litigation process) – the controversial decision to introduce a ‘no-fault’ based system was made.

Legal background to the ‘No Fault’ System

To achieve a divorce on one of these grounds, a spouse had to successfully prove marital fault or, to put it more formally, ‘a breach of the terms of the marriage contract’.

In 1975, however, the need to prove fault was eliminated by the introduction of the Family Law Act (Cth).

This legislation was introduced

Since this time, the process of obtaining a divorce has become both simpler and cheaper, and to some extent, at least, has removed the otherwise unnecessary hostility surrounding the divorce procedure itself.

That said, disputes over property settlement, spousal maintenance, ‘custody’ and child support can still, obviously, create a significant degree of disharmony (to say the least) between separating couples.

Are you eligible to apply for a no-fault divorce?

The current requirements for the granting of a divorce are:

The Applicant for divorce must satisfy the Court that there has been an irretrievable breakdown of the marriage. This is now the sole ground for divorce in Australia.

“Irretrievable breakdown” is proved by demonstrating that the parties have been separated for at least 12 months. Separation for the purposes of a Divorce Application can, however, occur even if the parties are living together under the same roof, provided there is evidence of e.g., the parties not socialising together; not sleeping in the same bedroom; not attending to laundry or cooking or shopping for one another, etc.

An Application for Divorce where parties have been separated ‘under one roof ’ necessarily requires the Affidavit of a third-party giving evidence to that effect.

If the parties were married overseas (and even if the wedding still occurred in a “fault-based” jurisdiction) a divorce based on 12 months separation can still be sought in Australia provided one spouse falls within one of the below categories:

Even if the marriage took place in Australia, one of the parties must still fall within the above criteria to apply for divorce.

If there are children under 18 years of age, the Court must be satisfied before granting the Divorce that appropriate arrangements are in place for the day-to-day care, financial support and other aspects of the care and welfare of the children.

In practical reality, this means that the children are being appropriately cared for (or supervised according to their ages) and that that they are not destitute. It does not mean that the parties cannot be engaged in an ongoing dispute regarding which party primarily cares for the children; how much time they spend with the other parent; or how much child support is being paid.

In practice, successfully opposing the granting of a Divorce on this ground is exceptionally rare.

Simply obtaining a Divorce Order does not, obviously, resolve all other family law issues.

Aligned with obtaining a divorce in modern times, issues as to alleged fault do not provide parties with the right to apply for a property settlement. There need only be a legitimate separation (and not necessarily a divorce) to apply for or obtain Orders with respect to property settlement. No increased financial entitlement arises simply to ‘compensate’ one party for the conduct of the other.

It is a still widely-held misconception that the ‘innocent’ or ‘not at fault’ party ought to receive a more favourable property settlement; or ought to be paid ‘compensation’ in the form of spousal maintenance; or ought to receive more or less child support just because there has been some element of fault or inappropriate ‘moral’ behaviour in the other party’s conduct. The Family Court’s role is not to ‘punish’ the party allegedly at fault.

There are, however, some instances where the Court might consider that certain behaviours of one party are relevant, notably where these have been proved to result in a depletion of the marital assets (e.g. excessive gambling, or transferring funds overseas in an attempt to defeat the other party’s entitlements); or have had a ‘significant adverse impact’ on the other spouse’s ability to obtain gainful employment or make a financial contribution to the relationship; or have made the other party’s ability to contribute ‘more arduous’ (e.g. arising out of family violence, noting that such episodes must be ‘exceptional ’).

Such behaviour will only ever be relevant to a consideration of the parties’ overall ‘contributions’ (or, possibly, ‘negative contributions’) to the acquisition, maintenance, or improvement of marital property or in determining the net assets available for division (and/or the appropriate percentage distribution to be retained by each party).  It is never simply a question as to the ‘fault’ of the other party.

Can there be ‘fault’ in parenting proceedings?

In parenting disputes, many disgruntled spouses are of the view that their ex-partner (the party to an affair, for example) should not be able to spend as much time with the children because they may not morally be a good influence on them.

However, it is not the role of the Family Court to take the ‘moral high ground’ or judge what is (or is not) traditionally acceptable social behaviour.

There may, of course, be cases which involve concerning behaviours by one (or both) parent(s) when it comes to determining with whom the children should primarily reside or the amount of time they ought to spend with the other parent.

Such conduct is, however, not treated as one of the parties being ‘at ‘fault’ but, rather, behaviour (e.g., substance abuse, family violence and mental illness) which may have an impact on the determination of what is in the ‘best interests of the children’ – this is always the Family Court’s paramount consideration.

These concerns may be relevant to the question of whether the children need protection from physical, emotional, or psychological harm, but they are not raised in order to demonstrate ‘fault’.

It is highly unlikely that an episode of infidelity, for example, will be a relevant factor in considering what is in the best interests of a child. It may, perhaps, influence the child’s views about spending time with that parent, but this would be weighed against the primary consideration of the benefit to the child of having a meaningful relationship with each of his/her parents.

It has become common phraseology among family lawyers to refer to the need to ‘shield children from adult issues’ (such as the reason for the relationship breakdown; the existence of a third party; or the very existence of proceedings between parents which (especially younger) children ought not be aware of.

The ‘blame game’ creates more stress for the parents, which almost inevitably has a flow-on effect upon the children, and the Court will likely be critical of the ‘blaming parent’ if this is impacting on the children.

If you are seeking more information about applying for a Divorce, negotiating a property settlement, making post-separation parenting arrangements or have questions surrounding child support or spousal maintenance, please call DS Family Law on (08) 9486 1766 to arrange an initial consultation with one of our experienced family lawyers.